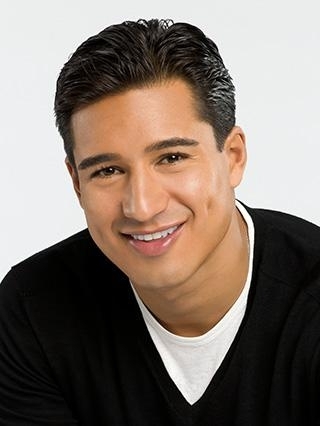 The host of TV's Extra is now on the radio. ON top of the latest news and gossip straight from Hollywood, Mario is on Star 101.5 with the hottest celebs and artists every weekday from 7-11 p.m.!

A man of many trades, Mario Lopez has the overwhelming desire to always keep active. Mario is the Emmy winning host of EXTRA, a nationally syndicated daily show. Concurrently, Lopez is the host of the nationwide iHeartMedia radio shows On with Mario Lopez and iHeartRadio Countdown with Mario Lopez. In July 2017, Lopez will return to primetime TV as the host of CBS’ Candy Crush, a live-action game show based on the popular mobile game.

Not only does Lopez have a proclivity for the entertainment industry, he is also an avid sports fan. He has taken his love for sports, specifically boxing, to the next level as a recurring commentator on HBO Boxing. Lopez also produced the documentary CHAMPS, which premiered at the 2014 Tribeca Film Festival. The film focuses on the lives of boxers Mike Tyson, Evander Holyfield and Bernard Hopkins. In March 2015, MundoFox premiered the docu-reality series Los Golden Boys, produced by Mario Lopez and Oscar De La Hoya. The new series dives into what it takes to become a world boxing champion and the daily struggles fighters face.

No stranger to rigorous routines, Lopez danced his way to the finals in the third season of ABC’s hit show Dancing with the Stars. Shortly after, in summer 2009, Lopez successfully completed his first run on Broadway. He starred in the long running hit musical A Chorus Line as the audience loved character ‘Zach.’

Even with all his other ventures, Mario is still in love with acting. Lopez reincarnated his guest-starring role as Dr. Mike Hamoui on the final season of F/X network’s popular show Nip/Tuck. Lopez’s run on the series garnished an instant and well-deserved cult following. He previously starred in the highest rated program in ABC Family history, Holiday in Handcuffs. He also starred opposite Mark Consuelos in the made for TV movie Husband for Hire, which was the most watched program ever on the Oxygen Network.

Mario currently resides in Los Angeles with his wife Courtney, their daughter, Gia and son, Dominic.

©   KPLZ | Portions are ©  Associated Press. All rights reserved. This material may not be published, broadcast, rewritten, or distributed.